Virtual schooling that not only covers academics but also focuses equally on sports, music, arts and dance making it a truly unique offering.

According to the World Economic Forum, 65% of children entering primary school today will be employed in jobs that do not yet exist.
Life skills help us harness our full potential to accomplish our ambitions and lead a better life.
Our student-centred systems are aimed at building competencies & habits of the mind.
Our focus is on social skills and higher-order skills, preparing our children for success in the 21st century.

The Jury unanimously agreed that Billabong High International School has a profound impact on the way education is delivered today.

They also concurred that we have the potential to transform education delivery tomorrow along with improved learning outcomes.

At BHIS, we build on student-centred systems aimed at building competencies & habits of the mind. We pay attention not just to how our kids work and achieve academically, but how they play, resolve conflicts, make others feel supported & empowered.

Our focus is social skills and higher-order skills preparing our children for success in the 21st century.

Take a virtual tour of our premium international school and get a feel for Billabong High International School from the comfort of your own home.

Covid lesson for teachers: How teaching-learning methods evolved during pandemic

A school is a building of four walls with tomorrow inside"

Each child is unique. So why should education be generic? All children deserve to grow, evolve and become mindful adults who have been raised to before Believe that they can change the world.

Our founder, Ms. Lina Ashar and her team envisioned a world of children with vivid imaginations and colorful dreams, without the pressure of being 'just like the others'. They foresaw a future where each child could learn at his or her own pace, and still blossomed fully. A future where children believed in themselves and in each other, and cooperation rather than competition could be the approach to build new things and solve old challenges. 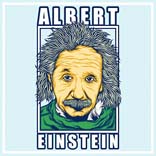 “Only those who attempt the absurd can achieve the impossible."

All our dreams can come true if we have the courage to pursue them." 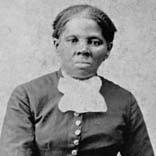 Every great dream begins with a dreamer. Always remember, you have within you the strength, the patience, and the passion to reach for the stars to change the world.

The success of Kangaroo Kids preschool centers and the wholehearted support of parents and teachers became the foundation for a bigger dream - a dream to build a full-fledged CBSE & IGCSE school which would carry forward the vision and ideology that the preschool had sowed seeds of. A dream to initiate one of the best CBSE, IGCSE International Schools in India

The blueprint of Billabong was developed by education-architects who were passionate about learning. Their years of teaching, as well as life experiences, enriched the curriculum of the students for the ICSE, CBSE as well as the IGCSE examination boards. Going beyond the academic curriculum, the educators tried to ensure that Art, Sports and Music would be as much a part of the students' growth as Mathematics and Science. At Billabong, Creativity and Logic, right brain and left brain would go hand in hand.

It takes a village to raise a child - African proverb

The philosophy reminds us that it takes many heads, hands and hearts to come together to bring up a single child. The varied interactions that they offer to a growing child enriches them, and together they watch over this young being, as mentors, protectors and nurturers. This thought became the guiding principles of the Billabong vision, which over the years led to awards and accolades from the most trusted education boards and organizations of India. It also led an international chapter, as CBSE and IGCSE schools were set up in Maldives in 2009 Over the years, Billabong students have done their schools proud by excelling in various spheres, and have become achievers in their own right. Today, with 27 schools across India and Maldives, Billabong is humbled being considered among the best CBSE, IGCSE International Schools.